This site serve as treasure base of instructions for kingdom mindedness, for equiping the saints, edification of the body of Christ, work of the ministry and unity of the faith. "….in him are hid all the treasures of wisdom and knowledge." Col 2:3 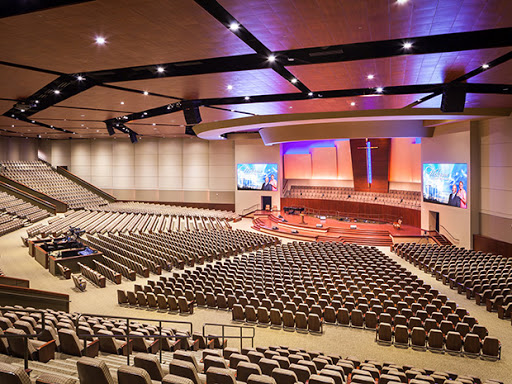 I have tried to under study the history of some of the denominations (not exhaustive) that we have, particularly in the recent history. I come to see that the reality of division by denominations were not really the issues of doctrines but the issues of gifting, callings and administration. We have only used the doctrines to colourize the display of grace and giftings that we have, which we did not find expression for where we were and then justify the need for us to set up a new movement or group. And sincerely, I see no harm in this. As earlier quoted above the body of Christ is made of ministries, callings, gifting and the truth is that we cannot all find expression in the same movement, groups or same location. But the bad side of our denominationalism is the SPIRIT OF COMPETITION AND RIVALRY.

I found this definition of denomination by WIKIPEDIA interesting:
“A Christian denomination is a generic term for a distinct religious body identified by traits such as a common name, structure, leadership and doctrine. Individual bodies, however, may use alternative terms to describe themselves, such as church or fellowship. Divisions between one group and another are defined by doctrine and church authority; issues such as the nature of Jesus, the authority of apostolic succession, eschatology, and papal primacy often separate one denomination from another. Groups of denominations often sharing broadly similar beliefs, practices and historical ties are known as branches of Christianity.”

I don’t want to dissect this definition here but the question is, does Jesus have two natures or more than two? Paul asked the same question earlier, is Christ divided?

That was why I shared the view of Apostle Paul that the brain behind our division are the gifts. He made this abundantly clear, when he was explaining what the body of Christ is and addressing the issue of division.

1 Corinthians 12:28-30 NKJV
And God has appointed these in the church: first apostles, second prophets, third teachers, after that miracles, then gifts of healings, helps, administrations, varieties of tongues. [29] Are all apostles? Are all prophets? Are all teachers? Are all workers of miracles? [30] Do all have gifts of healings? Do all speak with tongues? Do all interpret?

Romans 12:6-8 NKJV
Having then gifts differing according to the grace that is given to us, let us use them: if prophecy, let us prophesy in proportion to our faith; [7] or ministry, let us use it in our ministering; he who teaches, in teaching; [8] he who exhorts, in exhortation; he who gives, with liberality; he who leads, with diligence; he who shows mercy, with cheerfulness.

What is then the purpose of these gifts, were they given to the church to divide the body of Christ?

Ephesians 4:11-13 NKJV
“And He Himself gave some to be apostles, some prophets, some evangelists, and some pastors and teachers, [12] for the equipping of the saints for the work of ministry, for the edifying of the body of Christ, [13] till we all come to the unity of the faith and of the knowledge of the Son of God, to a perfect man, to the measure of the stature of the fullness of Christ;”

The body Christ is supposed to operate like A REFERRAL SYSTEM. It is possible for all the giftings and ministry to exist in one denomination or group and on the other hand it may not. Just like in the health system, if the Doctor sees a patient, to clear his doubts, he sends him to a  Medical Laboratory Scientist, when he hears from them, he sends the patient to the Pharmacist to get things needed for recovery, or to the care of the Nurses if there is need for admission. And when the patient leaves the hospital environment, goes back to the society, the Health educators, Environmental Health, Nutritionist, athletics therapists and the host of others in order to maintain the good health not to return back to the hospital. Anytime the health industry works across purpose, it has always left the population to bear the brunt of incessant professional crisis and industrial action due to rivalry and competition. Is it not the same fate that the Church is making the world to suffer today?

Iron sharpens iron as friend sharpens the countenance of his friends. Our gifts, ministries and graces are supposed to be complementary and not competitive. Paul said, even those gifts in your own eyes that you think are little should be most honoured.

1 Cor 12:22-25
“[22] No, much rather, those members of the body which seem to be weaker are necessary. [23] And those members of the body which we think to be less honorable, on these we bestow greater honor; and our unpresentable parts have greater modesty, [24] but our presentable parts have no need. But God composed the body, having given greater honor to that part which lacks it, [25] that there should be no schism in the body, but that the members should have the same care for one another.”

Pulling down the walls
In light of the above, these are the days, where the walls that divide us should be pulled down and strengthen the cord that unite us. Let me make this clear, I am not talking of UNIFORMITY but I am talking of UNITY that gives us strength. Permit me to quote powerful statements in this regards that I read in one of the devotionals I enjoy reading

“Everyday with Jesus – March/April 2020 – The Prayer of Jesus.”
The subject of Christian unity is discussed freely and widely in today’s Church, but many of the discussions get nowhere because there is no general agreement on the nature of unity. Unity is often confused with similar-sounding words such as union, uniformity and unanimity. When some Christians talk about unity, what they are really talking about is union – churches joining together to form one fellowship. But you can have union and still not have unity. Others think of unity in terms of uniformity – everyone worshiping in the same way and following the same kind of church order. But again, you can have uniformity without having unity. Still others think of unity as being unanimity – everyone thinking the same way about everything. Yet even that is not unity.

Unity is this: the connection of one believer to another because of an overriding sense of belonging to the same family – an outlook of oneness that is so deeply ingrained it brings its influence to bear on all thinking, all decisions, and all actions. We are going much deeper than church affiliation now; we are talking about the kind of unity that the Son has with the Father. Does that type of unity characterise the relationships in the Church today? I leave you to ponder this question: if not, why not?
– Mon. April 20, 2020.

Our task then is not to ‘make’ unity, but simply to maintain it. It is a unity of people who have become spiritual – who are born again. We belong to Christ and we realize that because of this we belong to everyone else who belongs to Christ. – Wed. April 22, 2020
We are constantly being told that a disunited Church is a great scandal. Some hold to the idea that if we could remove all church streams and affiliations and have one Church, this would make a significant impact on the world. The result, they say, would be the greatest advance in evangelism since the days of the apostles. But this is quite unrealistic. Is it really our denominations that people in the world are troubled about, or our denominationalism? This is an important question to ask, for the two things are quite different.

It is against this background that we must kill the spirit of denominationalism that breeds competition and rivalry, which continue to weaken the church. Groups and denominations will continue to exist but it supposed to operate as a network to expand the tentacle of the body of Christ and increase our influence and force to win the world for Jesus.

**Click to follow this site, so that you can be notified when volume 3 and new articles are posted.

8 thoughts on “THE CHURCH WITHOUT WALLS: BREAKING THE BARRIER OF DENOMINATION – VOL 2”